Well, the “End of the Maya Calendar” is exactly three years away.  Roland Emmerich’s computer-generated-apocalypse-fantasy “2012” has swept through like a tsunami, and we are confronted, like it or not, with Christmas.  Luckily, I like Christmas music, or I would be forced into a hermitage for six weeks every year, away from shopping malls, television, radio, and Main Streets cheerfully blaring their music and bustling with cars sporting felt antlers.  Actually, that sounds like a capital idea. Bah, Humbug…. Except I really do like harmonizing with all those upbeat, major-key carols.

The politically-correct phrase “Holiday Season” was coined, ironically, by that epitome of conspicuous consumption and planned obsolescence, the fashion industry.  This highly intelligent, articulate, and largely non-Christian population refers to itself, with supreme cynicism, as “the Schmatte trade”.  “Schmatte” is Yiddish for “rags”.  (Their Capital is 7th Avenue in Manhattan, not far from 34th Street, home of Macy’s, Gimbel’s and the eponymous “Miracle”.  If you haven’t seen the film with the 8-year-old Natalie Wood, sarcastic and cute as a button, do so.  We call it a Classic for good reason.)

But back to “Xmas”.  This abbreviation offends some Christians, who see it as “taking Christ out of Christmas”, but in fact Xmas was the original spelling of the word.  (For a brilliant example of this, Google-image the 8th-century Book of Kells.  Folio 34 is arguably the most famous masterpiece of Celtic art, in a book filled with extraordinary masterpieces.  The first words of the Christmas story in the Gospel of Matthew, it begins “Xpi autem generatio”, “Christ was born in this way…”, Fig. 1 below)

It is only since the secularizing Renaissance that we have developed the habit of spelling out “Christ-mass” in full.  Ancient scribes, influenced by the Third Commandment, never wrote out the names of God completely.  They always abbreviated the Nomina Sacra, the Holy Names.  In Latin, this means Deus or Dei (“God” or “of God”) was abbreviated to DS. or DI.,  Dominus (“Lord”) was written DNS., and Spiritus Sanctus (“Holy Spirit”) was SPS. SCS. (The Early Medieval scribal convention for contraction usually consisted of a horizontal stroke above the abbreviated letters.  This gradually transformed into an apostrophe, or to a dot, indistinguishable from a period, at the end.)  And the Latin abbreviation for Iesus Christus is IHS. XPS. (Also IHU. XPI., Iesu Christi, “of Jesus Christ”, or IHM. XPM., Iesum Christum, “to Jesus Christ”, etc.)  The peculiar spelling is an echo of Greek, the original language of the New Testament.  The Greek letters H (eta), X (chi), and P (rho) are identical to Latin H, X, and P, and somehow the Greek abbreviation (which at the time looked like IHC XPC) migrated into Latin scribal practice.  (This linguistic migration mimics that of bicultural individuals, and the Spanglish we hear, here in the Border region between Tijuana and San Diego.)

Whatever the reasons, spelling the Latin “Christi” as Xpi, and English “Christmas” as Xmas, predates the fully-spelled-out words by over a thousand years.

(Using capital letters to indicate proper names is also a recent invention, coming into wide practice only in the 15th or 16th century.  In fact, the capital letters themselves were the only letterforms used in the early Christian era.  [Check out any Ancient Roman Inscription like we see on the Arch of Titus or the Trajan Column.]  Minuscules [“small letters”] slowly evolved out of Majuscules [“capital letters”] throughout the entire first millennium AD, and the two were never used together until about the eighth century.  It took several centuries more of scribal experimentation before we settled on our modern conventional Double Alphabet, with fairly specific roles for the two kinds of letters.)

(I know, I’m old-fashioned, I still use the old AD [Anno Domini “year of our Lord”] and BC [“Before Christ”] to denote dates, instead of the more-politically-correct CE and BCE [“Common Era” and “Before Common Era”].  Old habits die hard, even in an old atheist.

In future essays, I plan to tackle the extraordinarily-quirky history of the calendar itself… Or, rather, the calendars themselves, because we use at least seven —not counting the Jewish, Muslim, Chinese, Zodiacal, and, of course, the Maya Calendars.  For more on this,  see my website <http://www.famsi.org/research/vanstone/2012/index.html>, and download Part IV – Appendix: Technicalities of the Calendars . And stay tuned…. 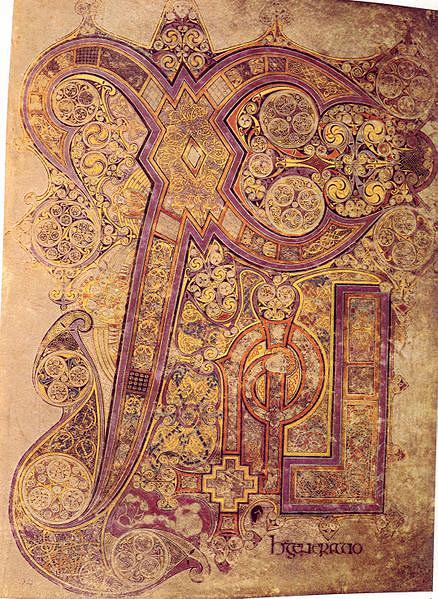